Hungry for African food? We got you covered. Africa is the world’s second largest and most populous continent. The cradle of the human race.

It features currently a wide array of influences, ranging from the Arab elements of the north to the more tribal and colonial areas of the center and the south of the continent.

It is no wonder that such a huge and diverse continent offers lots of regional dishes that are many times unlike anyone can try outside of Africa.

In this article, I aim to present a collection of 20 ranging from different areas that cover many areas and also types of food (main dishes, meat dishes, fish dishes, desserts etc.)

Enjoy the best of African food. 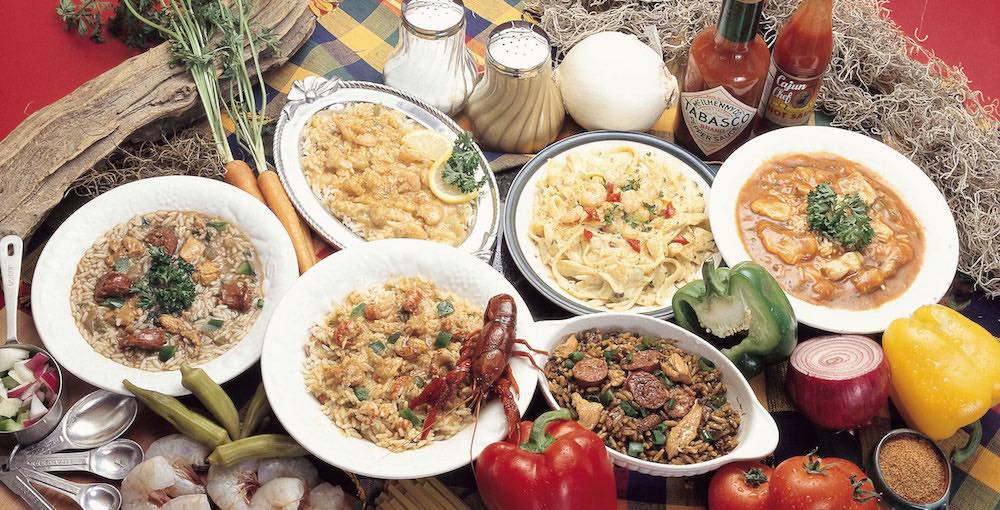 A staple of the northern African cuisine and arguably one of the most widely popular foods is the Couscous.

They are small granules of wheat, that are the basis of the Arab-African cuisine just like rice is for eastern Asian cuisine. Traditionally they are served with a stew of vegetables or meat and they are cooked in a special food steamer with two chambers: the lower having the boiling stew while the upper (the couscous) is cooked by absorbing the flavored steam.

A very interesting Arab-Andalusian dish, which is mostly prepared in Morocco.

It is a pie that despite having a filling of meat (traditionally pigeons but more recently chicken) has a sweet side as well as they sprinkle it with ground almonds, cinnamon, and sugar.

Acaraje is a popular dish often served as fast food in the western coast of Africa (and also in Brazil as African slaves took the recipe there with them).

They are deep-fried balls of mashed beans, served with bread or cereal puddings in Africa.

Mostly served as a breakfast dish.

A famous South-African dish based on minced meat with spices (chili, ginger, and curry are commonly used) and is topped with beaten eggs that create a rich, creamy and delicious topping.

It is not uncommon to add in the mixture tastes that are sweet, like brown sugar, cinnamon, and orange leaves.

Alloco is a very common and famous dish in the countries on the Atlantic coast of Africa.

Alloco is a dish made of plantains (a less sweet variety of bananas which is eaten raw) that are fried and served with peppers and onions, once again combining sweet with spicy and salty tastes!

Coming back to the northern coasts of Africa, we have a delicious sweet pastry named Briouat. It is a pastry filled with meat, cheese, and peppers and after fried or baked they sprinkle it with herbs and spices.

It is a pastry filled with meat, cheese, and peppers and after fried or baked they sprinkle it with herbs and spices.

A tasty dish from Tunisia. Once again it is deep fried pastry, but instead of meat filling, its filled with an egg, onion, fish (usually tuna), parsley and harissa (extremely hot local sauce).

Cachupa is the national dish of Cape Verde and a must try for any traveler to this beautiful complex of islands off the west coast of Africa.

It’s a stew of sweet potatoes, cassava, beans, and corn, usually including some meat or fish as well. It is cooked very slowly to create a smooth and rich mixture with delicious taste.

A dessert which is famous in Angola and is heavily influenced by their history with the Portuguese.

It is a luscious cream made of sugar, egg yolks and coconut usually topped with some orange or lemon (or any other sour fruit to counter the sweetness of the dish.)

Fig Rolls are pastries originating in Egypt and date back to thousands of years, to the era of the ancient Egyptians.

As the name suggests, they are pastries filled with a fig paste before baking.

Used as dessert and pretty straightforward and tasty.

Merquez is a typical sausage of the northern African coast made by lamb or beef meat (or both) and is heavily spiced with chili, cumin, garlic, fennel, sumac and other local spices. As you can guess its really, really spice and also really, really tasty (if you do not mind the spicy part!)

Funkaso is the Nigerian version of pancakes and every traveler to this country should try them if visiting the country! They are made of millet flour, sugar, and butter and they are either accompanying a dish or eaten by themselves along with honey or any other sweet topping.

A very tasty dish of central Africa, originating from Cameroon.

Ndole is a stew of nuts with beef or fish and leaves of the local shrub named Ndoleh (hence the name!).

A delicious dish originating from Senegal.

It is usually made with chicken or fish that has been marinated in lemon juice and fried with onions and chili, served with white rice.

Thieboudienne is another Senegalese traditional dish consisting of mainly of fish, rice, and tomatoes (it is also common to have onions, cabbages, carrots, cassava and other vegetables in it).

It is basically a yummy stew made of fish instead of the usual meat that western cooking prefers!

Shiro is a popular African food prepared mostly in Ethiopia and is a stew of mashed/powdered chickpeas and/or broad beans.

It is usually accompanied by a variety of other vegetables and spices like slices onions, tomatoes, peppers etc.

A simple everyday dish but always enjoyable despite its simplicity.

Shakshouka is another dish that any traveler visiting the Arabian part of Africa should definitely try. It is consisting of poached eggs served with a rich tomato sauce with chili peppers,

It consists of poached eggs served with a rich tomato sauce with chili peppers, cumin, and onion. Once again a spicy dish, but if you are into that kind of food you will be more than happy with it!

Once again a spicy dish, but if you are into that kind of food you will be more than happy with it!

Going back to Nigeria, a dish that people love there and travelers will also want to try as well is the Moin Moin. which is a pudding made of beans,

It is a pudding made of beans, onions, and peppers. Sometimes, fish or egg is added.

It is tasty and really nutritious as it is full of proteins despite lacking meat, making it a perfect choice for people that prefer vegetarian diets!

Kedjenou is a traditional African food which originated from the Cote d’Ivoire.

It’s a poultry stew (chicken or guinea hen) with a variety of vegetables which is cooked in a traditional clay pot called canari.

The combination of the slow cooking and the local delicious vegetables created a dish which is delicious without being weird for the traveler in this African country.

The last dish on our list about African food is the Egyptian Ful Medames.

It is simple but tasty to the point of being addictive!

It consists of cooked fava beans that are served with vegetable oil, onions, lemon juice, peppers and a variety of herbs ranging from parsley to cumin.

The delicious fava beans serve as a base for the intensely aromatic flavors that accompany this dish, forming a truly remarkable outcome.