Apple TV Plus Review: Everything you Need to know

Many streaming services such as Hulu, Netflix, and Disney+ are currently ruling the roost with different contents they provide.

So it’s no surprise that Apple has decided to provide some stiff competition by joining them.

Hence, the creation of Apple TV Plus which is a streaming service that features Apple’s original TV shows and movies, and was launched a few months ago.

Apple already had a teeming flock of young users, thanks most especially, to the range of iPhones it has produced. But a move into the streaming sector will no doubt see it gain even more subscribers.

Further, the launch was made with nine titles and a consummate budget in order to showcase the top draw talents in the movie industry.

A good example is the Oprah’s Book Club, The Morning Show which features Jennifer Anniston and Reese Witherspoon, See featuring Jason Mamoa of Aquaman, and six others.

Sure, the reviews have not exactly been the best but for a relatively new streaming service, Apple TV Plus has done quite well.

This article will help you know everything you need to know about this streaming service and more.

The prices, supported devices, availability, special features, and why it’s great or not so great for you. Read on! 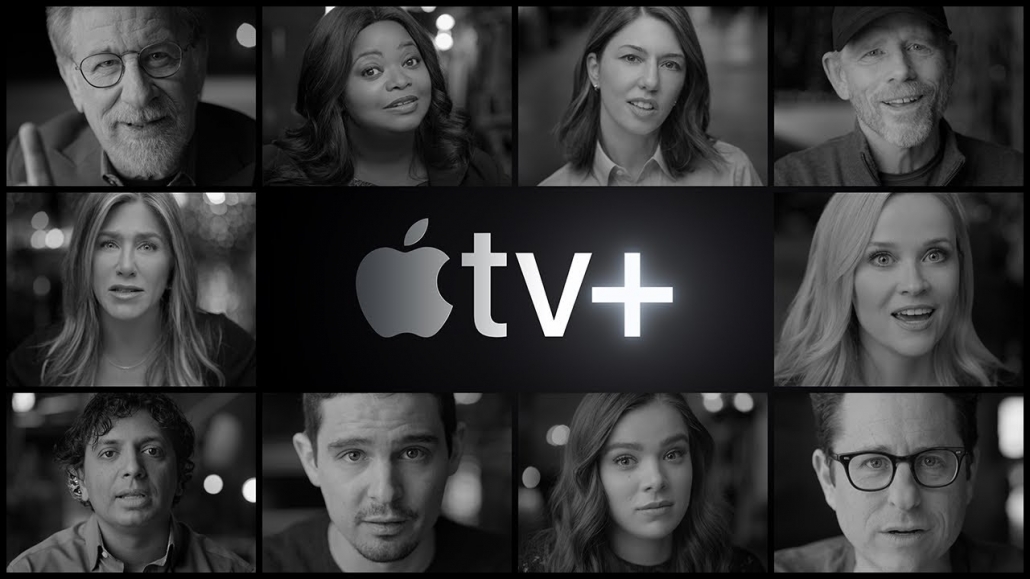 How far has Apple TV Plus come?

A while ago, streaming was still a work in progress. Now, you can watch any content you want on the go.

Apple TV Plus is a streaming service you can use for such purposes. It helps you watch Apple’s original series and movies with an Apple-enabled device.

One of the best things about this service is the fact that you get to enjoy content without being interrupted by ads.

This feature makes it a bit like Netflix. But unlike it, Apple TV Plus won’t have the kind of licensed shows and movies you’d expect.

In fact, it won’t release full seasons to help you binge-watch all at once.

So if you’re looking forward to using this service, expect to be served three or two episodes of a show at first, before Apple follows it up with one episode per week.

Apple TV Plus is available in over 100 countries. It’s also a part of Apple’s family-sharing feature.

This way, you and your loved ones get to share a plan. What’s more, the Apple originals come in 4K, HDR, and Dolby Vision.

Some also have the Dolby Atmos Sound but you may spend time finding such titles.

In the meantime, subscribers are still waiting to learn about how Apple intends to broaden its subscriptions.

Will it be a bit like Disney Plus and Hulu in terms of linking other subscriptions like Apple News Plus and Apple Music together to form a discounted bundle or not? Time will tell.

Apple TV Plus Prices and Packages

You’re probably itching to know just how much you have to pay to make a subscription.

Apart from the free trial period, you’re not getting anything else if you don’t pay for it.

Note though, that your device doesn’t have to be absolutely new; refurbished models also count, and the service is available to all countries where the Apple TV Plus was launched.

The innovation has seen Apple combine Apple TV Plus with Apple Music for a student-discount plan.

Both offer streaming services still at $5. You won’t also pay additional fees for the services.

One thing is clear though, Apple is still a novice in the game, and can’t boast the same kind of content available on other similar streaming platforms such as Netflix and Disney Plus.

Even Showtime and HBO have moderate prices if you consider the range of services they offer.

Perhaps the one year free period for gadget owners is a ploy to get more users to fall in line. Be that as it may, it has proven insufficient to make a big draw in terms of subscribers. 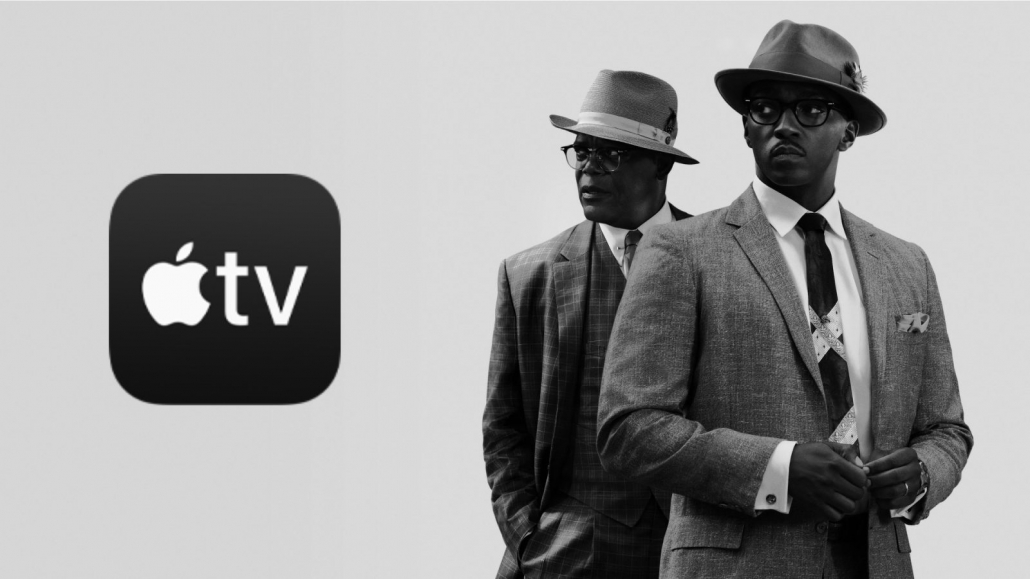 There’s a host of content to look forward to. Already, the launch of nine titles gave rise to mixed reviews.

This hasn’t stopped Apple from running shows covering basic genres including, but not limited to drama, action, comedy, and documentaries.

Some of them like See, and stars like Jennifer Anniston and Jason Mamoa, have been mentioned earlier.

Since it’s still finding its way, it makes sense for Apple to have such stars promote their contents.

Other titles on the launch of Apple TV Plus include Dickinson, For All Mankind, Helpsters which is a spinoff of Sesame Street, Snoopy in Space, The Elephant Queen, and Ghostwriter-something kids will thoroughly enjoy.

These contents are great if you consider the number of stars they feature, and how much was put into making them work.

For instance, Oprah’s Book Club is an eclectic piece of entertainment featuring a new episode every two months.

A book is discussed in each episode along with an interview centered on the author.

Apple will give the book title the exposure it needs on the Apple Books store. If you’re a reader out there, this is one show you can look forward to.

The contents above aren’t the only titles though. Truth Be Told, a mystery drama with Spencer and Paul, as well as The Banker featuring Samuel L. Jackson and Anthony Mackie were released under the Apple TV Plus service.

These were great movies although it’s not quite clear what Apple intends to do on the movie scene.

Thankfully, it does have a few partnerships with renowned faces and brands like Film Studio A24 and Melusine Productions from which it got movies like On The Rocks, and Wolfwalkers respectively.

Another thing about Apple centers on their apparent unwillingness to allow creators a free hand with some content.

Perhaps it sees this as a move to keep the wild stuff off its platform while focusing on what’s important family-wise.

That’s not an issue in itself but if you’re going to be one of the best a la Netflix, Hulu, and Disney Plus, you’d better have a wide range of content to please a lot of your subscribers.

Furthermore, shows that seem a bit too extreme have a way of spiking up the interest of users.

So if getting all the top stars to work with them doesn’t push Apple TV Plus to the top, they might have well used their billions for something else.

But word on the street is that Apple is still looking for ways to make things happen with experts and award winners who have the consummate experience to make their contents the best out there.

Along with Apple TV Plus, Apple came up with the Apple TV channels.

This way, you can combine cable subscription services and streaming services into the Apple TV app. A good fit for this is Amazon Prime Video. You can’t do so with Netflix though.

It will be under the control of Apple TV Plus with the Apple TV Channels incorporated into the Apple TV app on the iOS platform and the MacOS much later.

If you have an Android device, perhaps now is the time to look away. This is because Apple TV Plus is mainly available on the Apple company hardware. Other devices like the

these devices qualify for the streams. Some smart TVs such as the Samsung smart televisions (2019), can stream from Apple TV Plus.

Furthermore, LG, Sony, and Vizio smart TVs will be equipped to show content from the Apple TV app.

Then, of course, there’s the fact that you can use Apple TV app on the Amazon Fire TV platform and on Roku.

Not bad for now, but many users of this service expect a lot of upgrades in the coming years.

If other devices like Windows and Android will carry the Apple TV Plus service, that’s yet to be confirmed or planned for.

So if you have a Windows PC, Android phone, or Chromebook, you can watch origin Apple TV Plus contents online. Shows like Home Before Dark and Little America can be accessed via the web.

Apple TV Plus Pros and Cons

So the question is, is Apple TV Plus worth all the hype? Well, you do get to have some nice content you can watch while you chill out.

But you have little wriggle room in terms of what’s available.

A couple of shows, few movies, and other services, will have to do for now.

Potential users are keen for more though, and Apple has wisely offered a free year of Apple TV play to users of its products.

At least, Apple can use this time off to generate enough positive vibes with carefully thought-out content.

With the Hollywood stars earmarked to help take this service to the top, it does seem very possible.

However, the $5 sounds fair enough but with quality supposedly on the way, expect to pay more in the future. That’s if such contents are made available.