7 Causes Of A Car Blowing White Smoke From Its Exhaust 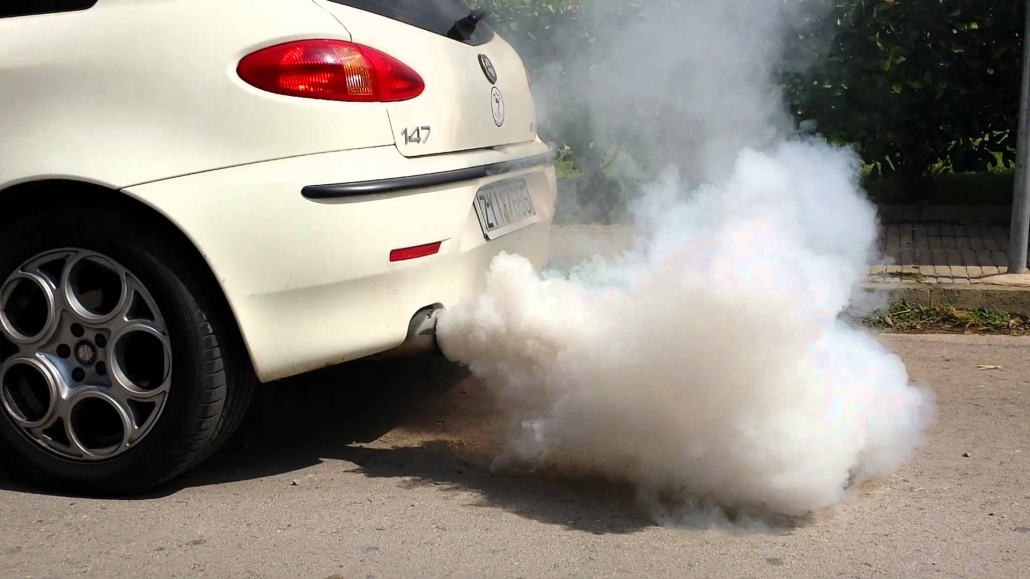 How do you feel when your car blows white smoke from the exhaust pipe? Perhaps, you feel confused about the problem and wonder what could be the possible causes, without taking your car to an MOT garage.

These are several reasons why this could occur and here a few possibilities for a car blowing white smoke from its exhaust.

The first and most common explanation of a car blowing white smoke from its tailpipe has to do with the age of the car.

If your car has been in uses for a reasonable number of years, then it is more than likely that it will blow thick smoke.

This phenomenon is commonplace in cars that have been in active service for more than 7 years.

As such, the longer the period of activity of a car, the more likely that some parts of the engine should be repaired to prevent this event from occurring.

The PCV valve is an important part of a car’s engine. It serves the function of recycling escaped gases by pushing them down the intake manifold engine where they are re-burned.

If it happens to broken, oil and sludge could build up inside the engine. Thus, leading to the engine producing white smoke and in some cases black smoke.

You should be careful if your car’s air coolant is badly damaged. The damage from this part is caused by a cracked packing head, cylinder head or the crack from an engine block.

Here is another important component of a car’s architecture. It serves the purpose of preventing the lubricant oil from entering into the combustion chamber.

However, when it fails, oil is burnt together with other combustion mixtures. Consequently, the exhaust emits white smoke which could be dense in some instances.

When there is damage to either of the piston rings or the cylinder head, it is inevitable that the parts must be replaced.

These parts influence the engine performance and will create white smoke from the exhaust pipe when cracked or worn out.

A worn out piston rig will cause the engines to show signs that are similar to a leaking valve seal.

This is one hassle that most car owners dread as the problem is quite expensive to fix. Unfortunately, it is one of the reasons why a car exhaust can emit white smoke.

To correct this situation, take your car to an engine block repair shop to evaluate and correct the damage.

A car blasting white smoke from its exhaust could be suffering from the presence of oil inside its combustion chamber. The trouble like as the problem above could be caused by a broken piston ring.

This damage could cause fuel and oil to get mixed together, which will present as white smoke coming out of the tailpipe.

It is safer to fix this problem as soon as possible in other to prevent other expensive complications that you won’t want to have.

These are a few causes of a car engine blowing white smoke from its exhaust that can’t be ignored.

As such, endeavor to carry out regular car checks as ignoring these problems will ultimately damage your car engine.