Disney Plus vs Netflix: Which Streaming Service Is Right For You?

If you’re wondering which one to choose between Disney Plus and Netflix, you’re in the right place.

Disney now has a streaming service that covers a host of top countries including the United Kingdom, Canada, USA, and a great deal of Europe.

Not bad, if you consider that Netflix has held sway over streaming content for a while. The competition is rife with many preferring one over the other.

So why should you pick either?

The fact is that there are many services out there, but these two stick out. So if you already have a subscription somewhere else, you can’t be faulted for that.

Yet, it would make absolute sense to get premium content from Disney Plus and Netflix. The market is a competitive one.

You have tons of content with an ever-growing demand. As a viewer or someone keen on getting content immediately it’s released, your choice of streaming platform matters.

What added fee are you willing to pay? Or part with to have a subscription switched over to another?

Would you use both or stick to one that offers even the slightest of discounts but still has enough quality to keep you entertained?

That choice is entirely yours to make.

Disney Plus vs Netflix: Availability 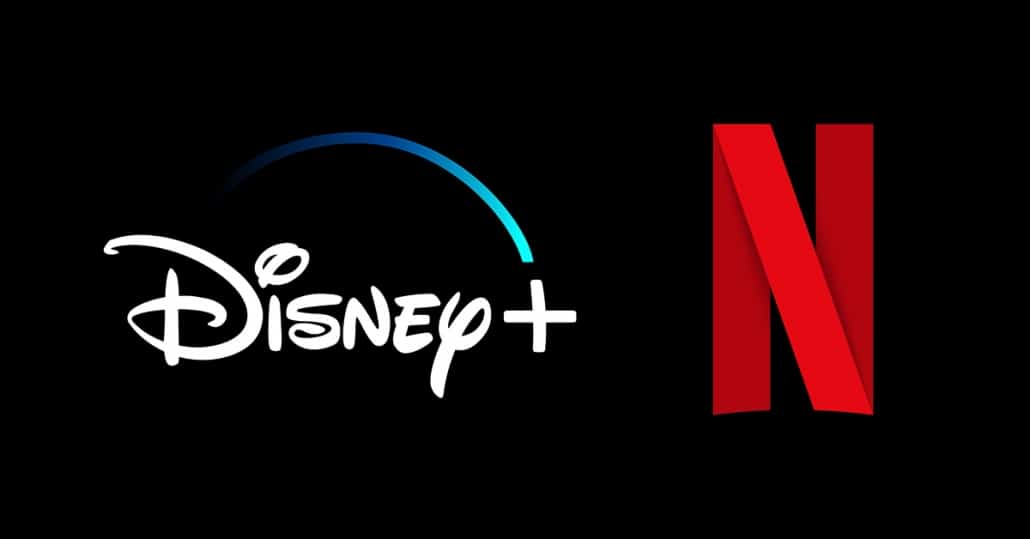 From the little introduction, this much is clear: Disney Plus and Netflix are two of the most popular streaming services for watching TV shows and movies.

The stats back this up too. For instance, Netflix packs a huge number of subscribers in the United States alone.

This stands at roughly 67 million, while that number stretches over 160 million subscribers worldwide. That’s huge when you compare Disney Plus subscribers pegged at just over 50 million worldwide.

Thanks to a very broad variety of content, Netflix appears to be the team to beat. This is why other services like Hulu, Amazon Prime, and Disney Plus, are fast on their heels.

Original drama, animations, documentaries, and a lot of other genres make Netflix one of the best. Of course, Disney Plus is not far behind and has done quite well especially when you consider how young it is.

Think about some of the classics on Netflix, and it’s no wonder why Netflix is where they are.

Some of them include:

The latter two are great examples of original content that subscribers have come to enjoy. The shows are worth billions in terms of what was put into creating them.

On the flip side, Disney Plus has taken a bold step since its inception. This includes pulling a lot of its content out of other streaming and movie services like the Marvel Cinematic Universal.

What’s more, other shows like Jessica Jones and Daredevil that were shown on Netflix were canceled by Disney Plus since they acquired the original rights.

Pulling these shows show how much Disney evaluates its position to make even more money by itself.

Disney Plus definitely has the prospect to strengthen its position against Netflix. In fact, there are projections based on how fast it has risen, and how far it can go.

Think about subsidiaries like ESPN+, and it’s only a matter of time before Disney commands the numbers Netflix does.

A combination of live sports, movies, shows, reality programs, and others, certainly have them bearing down Netflix’s neck.

Disney Plus vs Netflix: Price and Packages 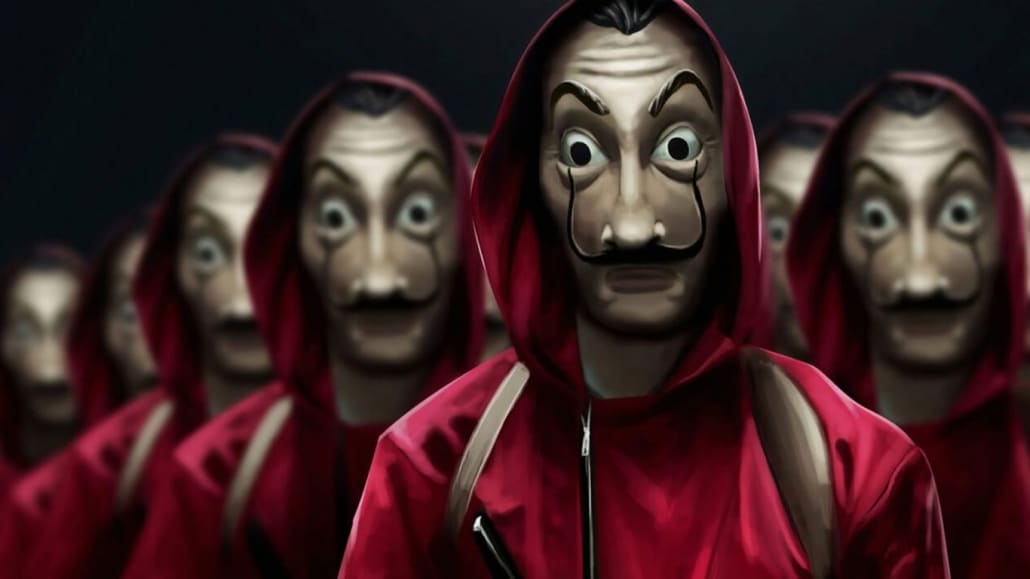 As always, money is a sticking point. For the best content packages, you’ll have to pay a certain amount. This is not an issue for most subscribers but what they want is value for their money.

When it comes to both services, you’ll immediately notice the following:

Disney Plus has the edge over Netflix in terms of prices.

For instance, you’re expected to part with

For Netflix, there’s a slight difference even though it ultimately costs more. You get to pay:

In contrast to that, Disney Plus offers just one price level. However, you’ll have access to 4K and HDR content which is open to all subscribers who operate a 4K TV.

Also, your Internet connection matters here in order to have a good resolution, data, and streaming quality.

When you consider that Disney has invested in other services and platforms, it suddenly makes more sense to use them.

At least, this is the general opinion when you’ve got a bundle option for subscriptions for services like Hulu and ESPN+.

Not a bad combination especially if you have a Disney Plus account based in the United States.

One of the reasons why Disney Plus costs less than Netflix is because of its rather small library of contents. So no, it’s not because they want to do you a little service.

Netflix, on the other hand, does have a broad range of contents to choose from despite its higher price.

However, Disney does control some really big profiles in terms of franchises including Marvel and Star Wars.

In comparison, Netflix has something of a plethora of contents well above five thousand titles.

Add to that movies like Home Alone and Dr. Doolittle, and their absences from the Disney Plus service are noticeable.

This has been the case since it was launched but with recent films, you can expect some inclusions to the platform.

Sure, Disney doesn’t have quite the catalog of contents or shows but there’re rumored new shows you’ll find interesting.

Top of the pile is the Marvel productions on the way in 2020. Although the COVID-19 pandemic has disrupted a lot of plans, it’s not certain how things will pan out.

The Mandalorian season 2 is also set for release while the Lizzy Maguire show and Star Wars should make for an intriguing list of contents.

Disney does seem to have the edge in the long run because it can expand beyond the big screen.

Thanks to purchases that will see it make more content available. For instance, the acquisition of 20th Century Fox will see The Simpsons available on Disney Plus.

» Which Would Subscribers love?

For Netflix, the main problem lies with licensing negotiations and the fees involved with the distribution.

As such, they’re more likely to be reined in by Disney in the long term when they face competition for contents thanks to franchises acquired and branded by Disney.

You can still count on Netflix to hang on to various shows on their platform. Thanks to the level they’ve attained as evidenced by multiple nominations across different screen show awards.

Also, you still have shows like GLOW, Better Call Saul, Master of None, and Orange doing the rounds on the Netflix service.

Overall, you’ve got a lot of content over Netflix which may leave you feeling overwhelmed in terms of numbers.

However, there’s still a lot of quality with shows each and every subscriber will appreciate.

Being on either streaming service is great. There are further reviews on their various websites to help you learn about how they work.

However, you’ll immediately settle on what you want with the specially arranged contents to select from.

Disney Plus features buttons you can click on for five different channels. They are Disney, Marvel, Pixar, Star Wars, and National Geographic. There are other contents though.

Netflix categories are genre-based for different types of content and shows.

You’ve got comedies, drama, action, and a host of others. But you have five user profiles here, and seven for Disney Plus.

The devices are just as important too. Disney Plus is available on computers, and smart TV apps. But there’s an upgrade in the works with Disney unveiling plans to use the Nintendo Switch. You won’t get that on Netflix though.

Smartphones, tablets, and some other big-name services like Sky Q and Roku make for quite the view.

So whether you use an Apple iPhone, Android, or Windows phone, you’re guaranteed a good time streaming via apps or websites. The same applies to both Netflix and Disney Plus services.

DISNEY PLUS VS NETFLIX: Pros and Cons

There are enough good points to ensure you derive much joy from both of them. The shows, movies, and other contents make for great viewing.

The prices are not far from each other though, and you’ll find that most subscribers use both.

Disney’s acquisitions are great but for now, the unbelievable number of titles Netflix has just gives it the upper hand.