10 Most Mysterious Places in History That You Must Visit

Among the several strange places in the universe, it still baffles the mind why our earth still holds many unsolved mysteries.

Look around the corner, so many legends, and questions.

The lack of answers only makes our curious minds unrelenting.

Take the Bermuda Triangle as an example. Only theories and conspiracies. No real answers.

But we have discovered that this strange triangle isn’t the most mysterious place on earth.

Dotted on all corners of the globe are bizarre destinations shrouded in mystery and speculation. Some places are even more captivating than the legend of Bermuda.

With every discovery, archaeologists uncover more about civilizations that came before us. What we know, however, is nothing compared to the questions left unanswered.

As we introduce you to the most mysterious places on earth, it is hard to not let your imagination run too wild.

Here is the ultimate question: Will you dare to venture into any of these places?

Steel your nerves and go find out!

15 Most Mysterious Places in the World

1. The Nazca Lines of Peru

This enormous ancient line is drawn in the Peruvian desert and it can only be fully seen from the sky.

The lines found in the Nazca desert measure up to 660 feet long and crisscross the desert.

Recent research attempt to demystify one of the most mysterious places in history by positing that the 500 B.C crisscrosses could be a labyrinth explaining the people’s religious journey.

The Inuit settlement around the lake is said to have disappeared in 1930 without a trace.

A traveler who was familiar with the place reported that he found the village deserted when he went there to seek for a place to spend the night.

The whereabouts of the villagers have never been explained since. 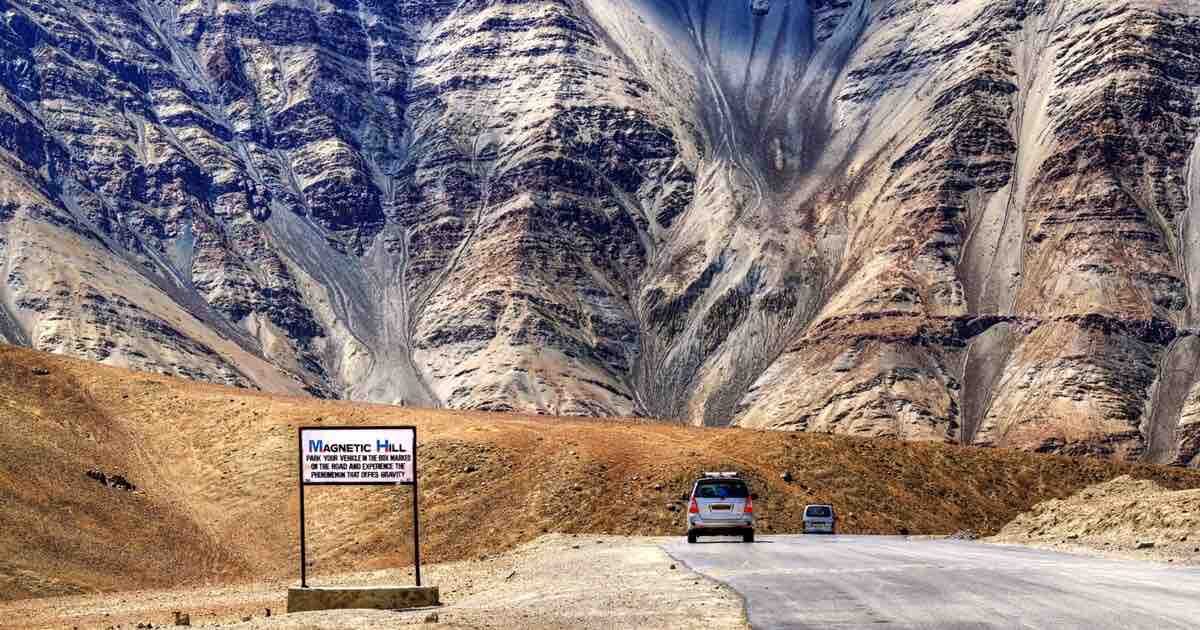 Located in Moncton, New Brunswick, the hill has the capability of dragging automobiles uphill even when they are not powered.

Efforts to find out where the magnetic force emanates has born no success so far.

One of the most mysterious places in history is at Orchard Park, New York, where a large waterfall houses a flickering flame.

The possibility of water and fire existing at the same place for years still amazes many.

Located in Phoenix Arizona, the mountains are believed to lead to hell.

Many locals confess to seeing wild looking little beings called “Tuar-Tums” hence they feel the relief feature is a gate to hell.

It is mysterious how stones in this valley can drift from one point or another leaving a trail behind without visible force from the surrounding.

The region between Florida, Bermuda and Puerto Rico sends shivers down many sailors’ and pilots’ spines.

The area is known to pull these objects when they pass over it.

The depression located in Colorado, USA is an area where many locals report sightings of UFOs.

Various physical evidence of the UFOs exists. Such include the inexplicable mutilations of animals.

The situation has prompted the authorities to set up a UFO watchtower to record any unusual activity.

The bridge is infamous for making people and animals throw themselves into the deep river valley when they get to a specific spot.

There is a record of 50 dogs leading to their deaths in 50 years in that same place.

A man who threw his baby over while crossing the bridge said that it had commanded him to do so.

The tunnels have an air of mystery around them since they are closely guarded from the public.

This situation arises despite the fact that they are located right at the heart of Paris.

The caution the authorities take regarding these mines imply that there could be something sinister or unexplainable about them.