Here Are The 10 Tallest Roller Coasters In The World

The tallest roller coasters in the world are the wonders of human engineering, safely built to provide thrill and screams like none other.

The engineering required in order to build the winding, looping structures and secure the high-velocity cars that ride along on them is mind-boggling.

Unsurprisingly, roller coasters weren’t always this big and daring but as history rode its course they just got taller, and taller, and their designs ever more inspired.

In no time, they have grown to become the most popular rides for fun seekers in amusement parks, often singlehandedly making or breaking a venue’s reputation for death-defying fun.

A day at the theme park is never complete without a turn on one of these exciting rides.

Despite some isolated cases of accidents, these steel and wooden adrenaline-boosters are your channels to movie-like action and adventure in a controlled environment.

Now, for those thrill seekers looking to engage in a most daring adventure, how do you decide which is the tallest roller coaster in the world among the 4000 available globally?

With that in mind, below are the tallest rollercoasters from around the globe:

The 10 Tallest Rollercoasters In The World 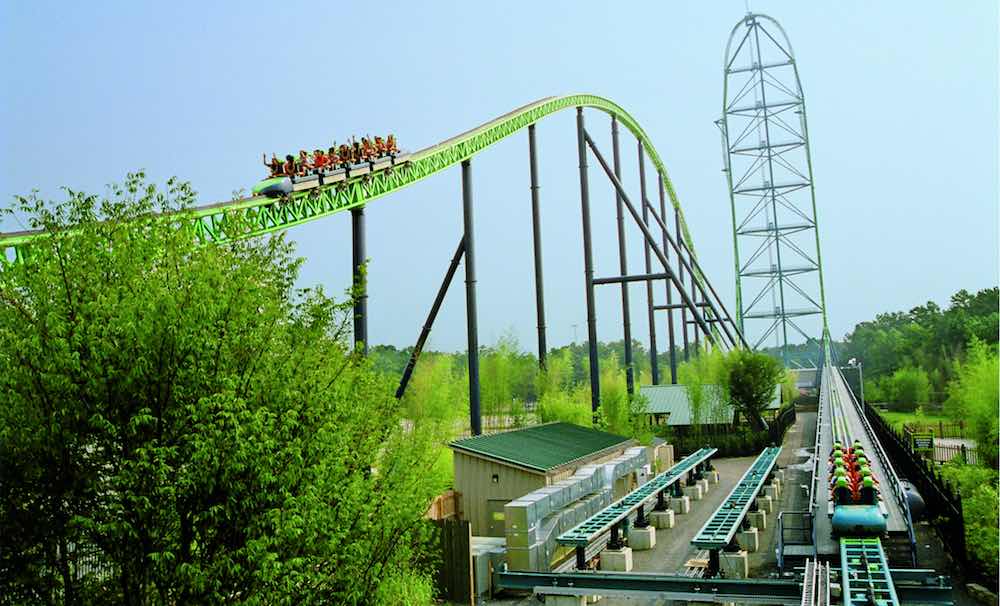 Tired of the ups and downs of Life? Well, this thrill ride will help you embrace them all.

As soon as this ride opened at Six Flags Great Adventure in May 2005, there was no debating which roller coaster was the tallest in the world.

Kingda Ka reaches a height of 139 m and has a death-defying incline of 127 m.

It uses a hydraulic launch to propel itself horizontally and reach 128 mph in 3.5 seconds. The entire ride takes less than a minute but that’s probably going to be the most unnerving minute ever experienced.

Nothing will prepare you for this ride and it is clearly not for the faint of heart.

At its opening in 2003, it held the records as the tallest, fastest and steepest coaster on Earth, before conceding to Kingda Ka.

Despite its towering status as the second tallest roller coaster in the world, it isn’t the main attraction at Cedar Point. Riders have voted the Millennium Force and Maverick as among the world’s best coasters. 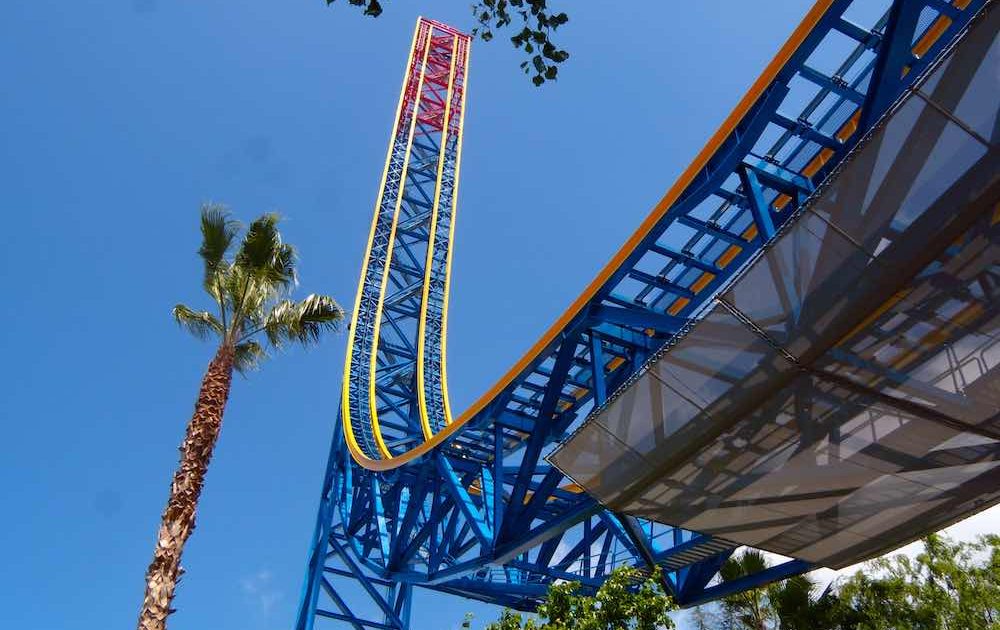 Strap in, take a deep breath and get ready to blast off. You’re about to blast off from 0 to 100 miles per hour in seven seconds flat—in reverse.

This steel coaster, located at Six Flags Magic Mountain, shoots riders from the darkness of a cave-like station, up into the air at heights of over 400 feet, and then straight back down again.

I remember the first time I saw this ride. I stood next to it with my mouth open for about 10 minutes watching this thing because it didn’t even look possible.

It opened in 1997 and was the world’s tallest for just over six years.

In spite of its current third-place ranking, it lives on as the tallest coaster in California and the first ever in the world to reach 100 mph.

4) The Tower of Terror II

Experience unadulterated fear as you face gravity, face first in the tallest roller coaster in Australia.

The Tower of Terror II mimics the experiences of being blasted up into space, then the feeling of zero gravity, before falling back to Earth.

It uses a linear synchronous motor engine to launch the coaster at speeds rising from 0-161km/h in seven seconds and reaching a height of 115m.

Over 600 tons of steel were used to build it and it took more than 16,000 bolts to seal the construction.

Since its official launch in April 2010, more than 8 million passengers have experienced the thrills of this great ride.

With a tower summit that is about 12m high, the Red force is the fastest coaster in Europe and the fifth tallest roller coaster in the world.

It is a part of Ferrari Land amusement park located at the PortAventura resort in Salou and Vila-seca, Tarragona, Spain.

Its exceptional drive system catapults the ride to a thrilling speed of 180km/h in less than 5 seconds, reaching the initial 0-100kph in only 2s.

With the coaster’s design mimicking the look of a Ferrari Formula One car, the Red Force provides the true F1 experience in a controlled environment.

Those brave enough to try it will experience Europe’s unrivaled HIGHEST and FASTEST roller coaster.

Are you fearless enough to ride up 325 feet high to then find yourself going up and down and spiraling around while not going upside down?

If yes, then the Fury 325 is your ride. It is also the world’s tallest and fastest ‘giga’ coaster.

This coaster snakes around to give you the feel of pure awesomeness! The numbers in its name are in reference to the height of the ride (325ft).

The thrill begins on one of three 32-passenger, open-air trains to the peak height of 325ft(99m) and drops a dramatic 81 degrees.

Then like an angry hornet trailing its prey, riders race into a massive “190-foot tall barrel turn” and a “high-speed S-curve” reaching speeds of up to 95 miles per hour.

If you’re a thrill seeker, this is it! Warning, don’t eat before you ride this monster. You will scream your head off the entire time.

4 minutes in a ride seems insignificant until you discover that you are on a coaster that rises at 318 feet and reaches a speed of 95 mph.

This coaster is located at Nagashima Spa Land Amusement Park in Mie prefecture, Japan and was launched in the year of the dragon.

Atop the Steel Dragon 2000, there is an initial slow climb up to the summit.

Then, it suddenly sends its riders barreling down the slope at top speed and around the twists and turns of the track.

Regarded as one of the best roller coasters in the world, this monstrous creature shoots riders over hills, past lagoons and into and out of tunnels, at speeds rising to 93 miles per hour.

It’s a beauty of a ride, with twists and turns throughout the entire course.

It’s also the first roller coaster to use a cable lift system rather than the traditional chain lift, and the first to feature a magnetic braking system.

The ride experience starts with a slow climb. However, by the time passengers reach the top, they plummet into a 300 feet (91 m) drop, reaching phenomenal speeds of up to 93 mph.

Since its first summer, Millennium Force has given more than 3.6 million riders yet another reason to scream at the home of the largest collection of rides and roller coasters in the universe – Cedar Point amusement park.

The speed, the height, the g-forces, the harsh turns, the sudden drops… all reasons why the leviathan is the best roller coaster in Canada.

It is the sixteenth roller coaster at Canada’s Wonderland and it was debuted on the opening day of the park’s 2012 season.

It features a 100-foot tunnel at the base of its first drop.

The train has eight cars with one row each, seating four abreast per row. It can transport 1,650 passengers per hour.

The 300-tall first drop and high-speed twists and turns deliver an intimidating experience you will remember for a long, long time.

The Intimidator 305 is the 10th tallest roller coaster in the world reaching a height of 93m.

Despite the intimidating height, one can safely assume that the ride is designed more for speed than airtime since it is one of the fastest roller coasters in the world.